Dr. Maslovaric Answers: Is Sleeping In A Bra Harmful To Your Health

HM MEDICAL INC. > News > Dr. Maslovaric Answers: Is Sleeping In A Bra Harmful To Your Health 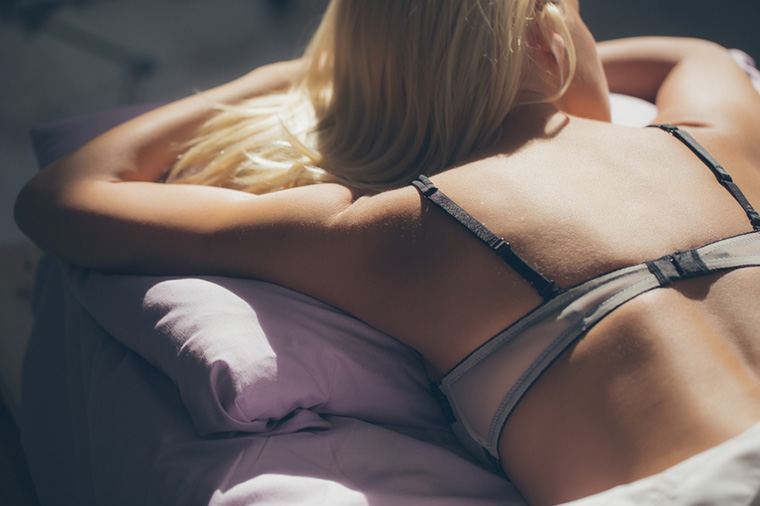 Dr. Maslovaric Answers: Is Sleeping In A Bra Harmful To Your Health

I’ve never understood those “home is where the bra isn’t” memes.

Don’t get me wrong: I can identify with the idea of walking through the door and immediately stripping off work clothes in favor of something cozier. (Although, to be fair, my office outfits often involve leggings.) But when the sweatpants come on, my bra generally stays put.

Or better yet, I’ll say ta-ta to underwire lingerie in favor of what I’ve dubbed my “bedtime bra”—a gently used, seamless sports bra that I may or may not have had since college.

When the sweatpants come on, my bra generally stays put.

The simple reason? It’s much more comfortable for me to wear a bra to bed.

I know, shocking. As a sister to three women who’ve never quite wrapped their heads around this quirk, I fully understand that I’m in the minority. Maybe it’s because I’m a little more endowed than your average gal, but I have a hard time sleeping without one.

But I’ve also heard a few rumors that’ve kept me up at night—namely, that rocking a bra 24/7 may increase breast cancer risk or cause sagging. To make sure I’m not sacrificing health over comfort, I consulted Marina Maslovaric, MD and fellow of the American College of Obstetrics and Gynecology, to find out whether my after-dark preferences could be setting me up for future health issues. Would she, er, support my bedtime bra habit?

Here’s what a doctor told me about just how healthy it is to sleep in a bra.

The truth about wearing a bra to bed

Although vanity is at stake, my first question for Dr. Maslovaric was about health—and, thankfully, she says the girls and I have nothing to worry about. “Although some information came out over the past five years that wearing a bra can be linked with increased cancer risk, there is zero scientific evidence that this is true,” she tells me. (Phew!) In reference to the controversial studies, Dr. Maslovaric says that the control groups are simply too small to judge across an entire gender—plus, the women had other factors playing into the findings (from smaller breast size to age).

As she explains it, bras were created to help women’s chests feel more supported—no matter the activity—and to decrease any discomfort or back pain. That said, Dr. Maslovaric does note that if a bra is uncomfortable or causes pain throughout the day, it most likely means that it’s the wrong size and you should definitely not sleep in it. (Considering up to 80 percent of women are wearing the incorrect cup or band size, it might be time to get fitted.)

Dr. Maslovaric was also quick to bust the myth that bras cause your breasts to droop. According to research, she says, most sagging is an effect of pregnancy, breastfeeding, and gravity—not your underpinnings. And while we’re on the topic, she mentions the fact that no study (or bra manufacturer, for that matter) has ever claimed a bra can make breasts “more perky,” so no luck there either.

The bottom line: If wearing a bra to bed helps you rest easier, feel free to strap in without hesitation. “Often, larger-chested women feel more comfortable sleeping with a bra on—which is totally safe and fine,” Dr. Maslovaric says. “If you’re going to wear a bra, the best option is to find one with no underwire, soft fabric, and a loose fit.” Sounds like my old C9 Champion sports bra is practically doctor-approved.