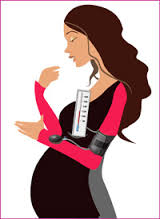 Blood pressure measurements throughout pregnancy are recommended to detect preeclampsia in pregnant patients, said the U.S. Preventive Services Task Force.
The Task Force concluded that there was not only a substantial benefit to screening pregnant women for preeclampsia with blood pressure measurements, but no adequate evidence for harms from this screening (B recommendation). This was a reaffirmation of a USPSTF recommendation from 1996.

“Given the evidence that treatment can reduce poor maternal and perinatal health outcomes and the well-established accuracy of blood pressure measurements, the USPSTF found adequate evidence that screening for preeclampsia results in a substantial benefit for the mother and infant,” according to a draft recommendation statement, published on the USPSTF Web site.
While the American College of Obstetricians and Gynecologists has recently changed the definition and indications for preeclampsia, the Task Force emphasized that the importance of screening remains unchanged.
In addition to close maternal and fetal monitoring, the USPSTF cited the effectiveness of antihypertensive medication and the anticonvulsant, magnesium sulfate, for treating preeclampsia. One large international trial showed pregnant women given magnesium sulfate were associated with a 58% reduced risk of preeclampsia than those receiving placebo. A Cochrane review found similar results, with magnesium sulfate linked to lower risk of eclampsia and maternal death.

After 12 weeks of gestation, daily low-dose aspirin is also recommended by the Task Force as a preventive medication for women at high risk of developing preeclampsia.

One study also found that timing delivery of the fetus after 37 weeks gestation reduced adverse outcomes for women with preeclampsia, with no increases in the rates of cesarean delivery or adverse neonatal outcomes. Potential “well-established” harms of preeclampsia treatment include potential side effects of antihypertensive medication or magnesium sulfate, as well as induced labor. The Task Force also studied potential harms of alternative approaches to preeclampsia screening, but characterized the evidence as “limited.”

ACOG President Thomas Gellhaus, MD, agreed that detailed medical history and routine blood pressure measurements are the best tools available to alert obstetrician-gynecologists of a potential risk in their patients.

“Early identification of pregnant women at risk of developing early-onset preeclampsia is important in order to allow referral for more intensive surveillance or the application of therapies to prevent the condition from becoming more severe,” said Gellhaus in a statement. “Importantly, ACOG has found there are no accurate, predictive tests at this time to determine whether a woman will develop preeclampsia and therefore continues to recommend against other methods for predicting preeclampsia.”

Other types of diagnostic testing, such as point-of-care urine screening, were found to have “low diagnostic accuracy” in predicting preeclampsia, with the performance of these tests varying widely. In fact, accuracy among urine screening tests was among several gaps the Task Force identified in the research. Another area with “inadequate evidence” was risk prediction, and the USPSTF also cited the need for studies examining better diagnostic tools for predicting a woman’s risk of preeclampsia “using rigorous methodology.”

The USPSTF recommendations will be open for public comment until Oct. 24, after which time the Task Force will release their final recommendation statement.