How To Know If Your Period Cramps Are Normal

HM MEDICAL INC. > News > How To Know If Your Period Cramps Are Normal 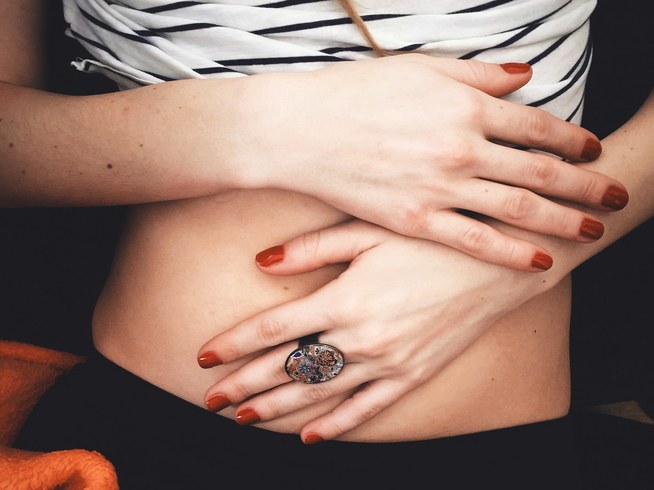 How To Know If Your Period Cramps Are Normal

Women are tasked with the weighty job of bearing children. Biologically, our bodies prepare for it every month. Realistically, many women actively avoid becoming pregnant. No matter how you do it, if you succeed, you’ll get your period. And with it, some gut-wrenching cramps as a reminder of your uterus’s vacancy. Many women get cramps, but how frequent and severe they are varies so widely. It’s tough to say what’s normal, but ob/gyns can say what isn’t.

Here’s how to know if you’re experiencing run-of-the-mill perio cramps, if your pain may be signaling a problem, and how to get through your periods either way.

“Normal” cramps are fairly easy to treat, and usually last for three or four days at the start of your period.

The lining in the uterus builds up every month in anticipation of a fertilized egg that will need a comfy place to implant. When that egg doesn’t show up, the uterine lining (endometrial tissue) sheds itself, along with blood. During this time, chemicals called prostaglandins are released and trigger an inflammatory response,Jessica Shepherd, M.D., assistant professor of clinical obstetrics and gynecology and director of minimally invasive gynecology at The University of Illinois College of Medicine at Chicago, tells SELF. This then triggers muscle contractions, aka cramps, in the uterus.

“Pain is really subjective,” Shepherd says. “But typically when we think about [normal cramping], we think about a pain level that is able to be controlled with conservative measures such as a heating pad or taking a simple anti-inflammatory medication like Motrin.” Cramping usually happens anywhere from 24 hours before your monthly period starts to two or three days into it.

Sometimes, you’ve just been ~blessed~ with a painful “normal.”

If you’ve had bad cramps ever since you first started menstruating, that might just be your body’s normal. “If a woman has had years of cramping, she probably has more of a sensitivity to prostaglandin,” Howe says. It’s called primary dysmenorrhea, or pain with menstruation, and though it’s painful and should be discussed with your gyn, it’s not usually a problem, medically speaking, she adds. For some, the pain can also be accompanied by nausea, vomiting, or diarrhea. (Because bleeding isn’t enough, right?)

If your pain is difficult to manage or totally sidelines you, that’s not normal.

You shouldn’t have to put your life on hold during your period every month. “If any woman is at a point where she thinks her level of pain interferes with any sort of activity she would otherwise do, she needs to see a doctor,” Candace Howe, M.D., an ob/gyn at HM Medical in Newport Beach, California, tells SELF. That’s true even if you can push through the pain, especially if taking an anti-inflammatory medication doesn’t make it better. If you ever experience cramping regularly outside of your period, that’s also not normal.

And if your period is way worse than it used to be, that tends to mean that something else is going on.

Secondary dysmenorrhea, or pain that is “newer onset, worsening, or changing over time,” can be a sign of an underlying condition, says Howe. Often, it’s paired withheavy bleeding, but not always. While your period can sometimes get more hellish as you get older, a rapid or significant shift in the level of pain you’re in is definitely something you want to talk to your doctor about. Here are the most common causes:

Fibroids: “Usually when we think of heavy periods and prolonged bleeding and severe cramping, we think of a fibroid,” Shepherd says. These benign tumors that grow in the walls of the uterus are common—over 70 percent of women will experience them at some point. Black women, and women with a family history of fibroids, have an even higher risk, Shepherd says.

Endometriosis: This condition happens when endometrial tissue grows where it’s not supposed to, anywhere outside of the uterus. The tissue builds up, sheds, and bleeds, just like it does in your uterus, but without the vaginal escape route period blood is supposed to have. Endometriosis can also cause blood-filled cysts on the ovaries or lead to the development of scar tissue (which can cause fertility problems), Howe notes. These things often cause pelvic pain and excruciating cramping during menstruation.

Adenomyosis: This condition, which is more common for women in their 30s and 40s, is when the lining of the uterus starts to invade into the muscle of the uterus, Howe explains. Similar to endometriosis, this tissue still sloughs every month, causing the lining to shed and bleed in the pockets of the muscle. Your uterus contracts and cramps more in response to get rid of the buildup.

Miscarriage: If you’re miscarrying and don’t know it, it can present as a really painful period. “We know that somewhere around 25 percent of women miscarry, but that number may be as high as 40 percent,” because many women don’t realize they’re having a miscarriage or that they were pregnant to begin with, says Howe. If your pain is due to a miscarriage, it would only happen one cycle, not regularly every month.

No matter the cause of your cramping, it can be managed.

Fibroids can be removed. Endometriosis and adenomyosis can be managed with things like hormonal medications, pain medication, and minimally invasive surgery. For primary dysmenorrhea, your doctor may suggest starting hormonal birth control, or can prescribe stronger pain meds to use when your cramps are worst.

When you’re self-treating, the key is to do it before it gets too painful. “Don’t wait until bleeding starts and it ramps up” to take an anti-inflammatory medication, Shepherd says. “You want to pre-medicate so you can decrease inflammation and pain.” Try taking your go-to over-the-counter pain meds before the prostaglandins get your uterus kicking.

Shepherd also suggests heat to calm down cramping, like a heating pad or hot water bottle. Other doctors, like Jacques Moritz, M.D., an ob/gyn at New York Presbyterian and Weill Cornell Medicine, suggest taking calcium, magnesium, and vitamin D supplements. “There’s a lot of research about that and PMS symptoms,” he tells SELF. Talk with your doctor before supplementing to make sure it’s OK for you and won’t interfere with any other medications you take.

And while moving is the last thing you may want to do, exercise is one of the best pain relief options you’ve got. “That endorphin release and increased oxygenation to the uterus will help with relieving the pain,” says Shepherd. Again, proactively doing this before the pain hits works best. Yoga, which stretches and strengthens the pelvis, can work wonders, too.

A lot of women think they are supposed to be in a lot of pain during their periods and never speak up. “Women can suffer to the point they don’t go to work or school or miss out on social opportunities,” Howe says. Even if it’s not due to an underlying condition, simply having horrible pain can be addressed, he stresses. A monthly period is never going to be enjoyable, but it can and should be totally bearable.

Originally posted on Self