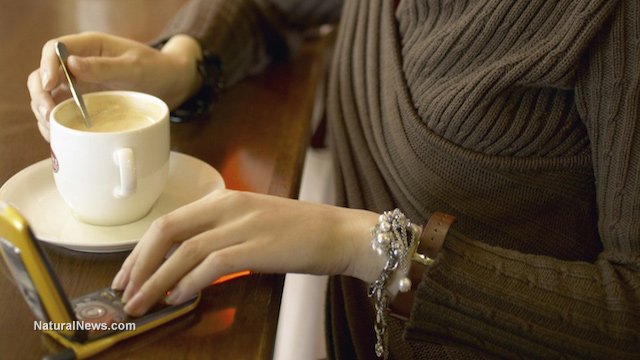 Coffee is making a serious comeback in the health world, as science uncovers all sorts of little-known health benefits associated with this popular morning ritual. And a fascinating research paper published in the British Journal of Cancer provides even more evidence that appears to support the cause, suggesting that coffee may actually help some women avoid breast cancer.

A cohort of 269 women participated in the study, which looked at breast cancer rates in conjunction with genetic predisposition and lifestyle habits. All of the women came from families with high rates of breast cancer, the authors note, but only half of them carried a gene known as CYP1A2*1F, which is associated with breast cancer as well as control of the metabolism and estrogen.

Researchers evaluated all the women using a questionnaire that looked at their overall coffee intake. The survey also looked at each of the women’s breast sizes, as CYP1A2*1F has been linked to high breast density. After comparing breast cancer rates through this data lens, they came to some interesting conclusions that support the idea that coffee might just be an anti-cancer elixir.

“For women who had CYP1A2*1F, those who drank 3 or more cups of coffee a day had smaller breasts than those who drank less coffee (average difference was about 150 mL),” reports Discover magazine’s Discoblog. Smaller breast size has previously been linked to decreased risk of breast cancer.

On the flip side, women without the CYP1A2*1F gene experienced the opposite effect, at least as far as the data is concerned:

“However, for women who did not have the gene, drinking more than 3 cups of coffee was actually associated with slightly larger breast size (average difference was about 50 mL),” the study notes.

“The researchers do not have an explanation for the correlation between coffee and breast size. They only conclude that because coffee was correlated with smaller breast size, it supports earlier studies that suggest coffee protects against breast cancer.”

Coffee might be helpful in some ways, but don’t go crazy

Does this mean that women who drink several cups of coffee daily will experience sudden and noticeable changes in breast size? Not exactly. As also reported on the Discoblog, the observed variations in breast size based on coffee consumption were mere correlations, meaning other factors may be to blame.

Cross-sectional studies such as this one evaluate data at one point in time rather than over a period of time. This means that they don’t even come close to establishing a causal relationship between two factors, even when all signs point to such a connection. The study also failed to account for other factors that may have influenced the results.

“Though the researchers controlled for some factors such as smoking and BMI, there are many others that could’ve affected the results,” explains Nina Bai for Discoblog. “It’s likely that a woman who drinks 3+ cups of coffee a day would have a different lifestyle than a woman who doesn’t drink coffee.

“The researchers also point out that breast volume is not the same as breast density, but they chose to measure breast volume because it was easier.”

In other words, the takeaway here isn’t necessarily that coffee will either shrink or expand a woman’s breasts. On the contrary, it suggests that coffee may influence the expression of the CYP1A2*1F gene in such a way as to curb the formation of breast cancer, which is obviously more important than worrying about cup size.

Just be careful, though – one study found that coffee drinkers with the CYP1A2*1F variant may also have an increased risk of myocardial infarction. A good rule of thumb is to remember that moderation is key when it comes to coffee consumption.

Sources for this article include: