Dad Forced to Pay $39.35 to Hold His Baby After Wife’s C-section 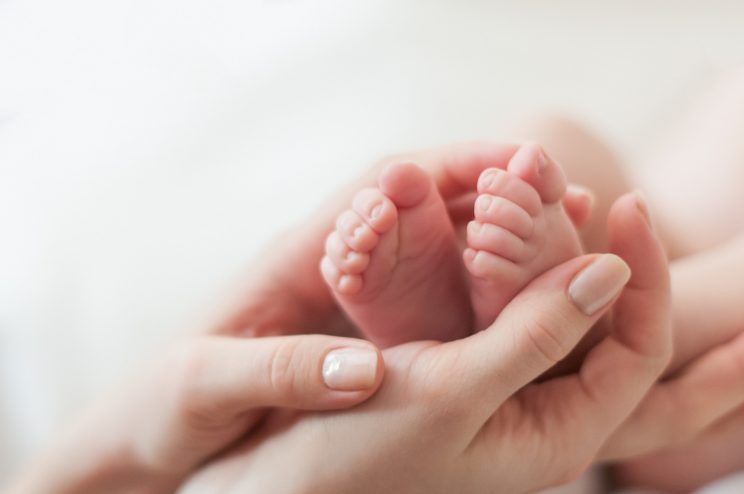 Dad Forced to Pay $39.35 to Hold His Baby After Wife’s C-section

Numerous studies have shown that there are some serious health benefits to parents practicing skin-to-skin contact the moment a baby is born. But should that contact come at a price?

It did for Reddit user halfthrottle, who shared a picture of his bill from Utah Valley Hospital with the amount of $39.35 highlighted for “skin to skin” after his wife’s C-section.

“I had to pay $39.35 to hold my baby after he was born,” the dad wrote in an Imgur post that has since gone viral. He later added, “The nurse let me hold the baby on my wife’s neck/chest. Even borrowed my camera to take a few pictures for us. Everyone involved in the process was great, and we had a positive experience. We just got a chuckle out of seeing that on the bill.”

According to a Medscape article, skin-to-skin contact between mother and baby immediately after birth makes “the transition from fetal to newborn life with greater respiratory, temperature, and glucose stability and significantly less crying, indicating decreased stress.” Further, mothers who hold their newborns skin-to-skin after birth have “increased maternal behaviors, show more confidence in caring for their babies, and breastfeed for longer durations. Being skin-to-skin with mother protects the newborn from the well-documented negative effects of separation, supports optimal brain development, and facilitates attachment, which promotes the infant’s self-regulation over time.”

With C-sections, though, immediate contact with the mother can be complicated — and there could be a wonderful chance for a father to step in. One study, for example, published in the journal Birth, found that infants placed in their father’s arms immediately after birth felt more comforted and calm, cried less, and reached a peaceful, drowsy state more quickly than babies who were swaddled and put down nearby. And the feelings are mutual — during skin-to-skin, the male body pumps out high levels of the feel-good hormone oxytocin, along with other endorphins and euphoric neurotransmitters that help foster that baby-daddy connection.

So what could possibly be the reason for the hospital’s fee in this case?

Utah Valley Hospital spokeswoman Janet Frank said in a statement to PIX11 that there was an additional nurse in the room during the C-section, which is why there was the charge.

“In the case of a C-section, where the bedside caregiver is occupied caring for the mother during surgery, an additional nurse is brought into the OR to allow the infant to remain in the OR suite with the mother,” the statement noted. “This is to ensure both patients remain safe. There is an additional charge associated with bringing an extra caregiver into the OR. The charge is not for holding the baby, but for the additional caregiver needed to maintain the highest levels of patient safety.”