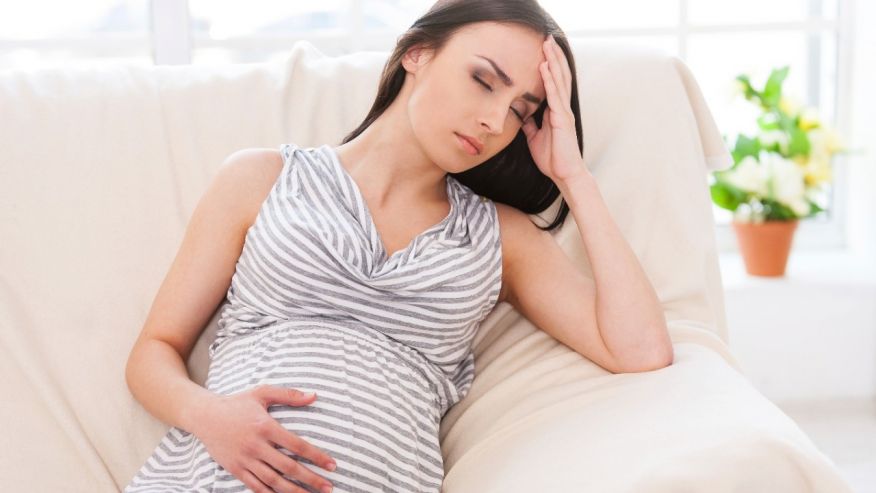 You already know you should eat healthy, exercise and keep your prenatal care appointments, but when it comes to other decisions you might have misconceptions about your pregnancy health.

Here are seven of the most common mistakes pregnant women make and easy ways to fix them.

As of August 25th, there have been 624 reported cases of pregnant women in the U.S. with lab evidence of the Zika virus, according to the Centers for Disease Control and Prevention (CDC).

Although women have been advised to avoid travel where Zika has been circulating, women who live in those areas or decide to travel anyway might not use insect repellant or use the wrong type of insect repellant to prevent mosquito bites, said Dr. Alyssa Dweck, a board-certified OB/GYN in Mt. Kisco, N.Y. and an assistant clinical professor at the Mt. Sinai School of Medicine in New York City.

Dweck recommends pregnant women and those planning to become pregnant use insect repellant with DEET sprayed on their clothing, not directly on their skin. If your sexual partner has traveled to an area with Zika, you should also use condoms to prevent the spread of the virus.

“The greatest mistake I’ve seen women in pregnancy make is this idea that somehow it’s a much different state than the rest of their lives and that they have to change everything that they do,” said Dr. Jennifer Lang, a board-certified OB/GYN in Los Angeles and author of, “The Whole 9 Months: A Week-By-Week Pregnancy Nutrition Guide with Recipes for a Healthy Start.”

Remember that pregnancy is natural and normal and although you might have to avoid certain foods like sushi, pregnancy shouldn’t be a free pass to overindulge on foods you crave.

Nearly 50 percent of women gain more than the recommended amount of weight during pregnancy, according to a study in the journal Obstetrics & Gynecology.

“Women think that because they’re pregnant they have to double their calories and it couldn’t be further from the truth,” Lang said.

Women who are obese during pregnancy have an increased risk for miscarriage, stillbirth, preterm birth and difficult deliveries, gestational diabetes, high blood pressure, preeclampsia, sleep apnea and blood clots. Infants born to obese mothers are also more likely to have birth defects and be obese themselves later on in life.

If you’re carrying twins or multiples, or you’re overweight or obese when you start your pregnancy, talk to your doctor or a registered dietitian nutritionist about a plan that’s right for you.

“Some women feel incredibly sexual during pregnancy and others feel like, ‘No way, no how,’” Dweck said.

Unless your doctor has told you that there’s a medical reason why you shouldn’t have sex, there’s no reason to avoid it. In fact, if your pregnancy is full-term, sex may actually jump-start labor because the prostaglandins from semen may soften the cervix and cause uterine contractions.

You can get creative with different positions to make sex more comfortable, but it’s important to avoid lying flat on your back because it can compress the vena cava, the vein that returns blood to the heart.

5. Opting out of vaccines

Pregnant women may decide not to get the seasonal flu shot over concerns about its effectiveness or safety. Yet it’s the best way to avoid serious complications from the flu, which pregnant women are at risk for because of the changes to the immune system that happen during pregnancy, Dweck said.

In fact, a study in the journal Pediatrics showed that 90 percent of women didn’t get the flu vaccine, yet the infants of mothers who did had a 70 percent reduced risk of the flu.

What’s more, infants of mothers who receive the flu vaccine in the third trimester are 33 percent less likely to be hospitalized for respiratory illness in the first six months after they’re born, found a study presented at the Options for the Control of Influenza 2016 Conference in Chicago.

The CDC also recommends women receive the whooping cough vaccine during the third trimester of pregnancy to protect their babies from the disease before they receive the vaccine at two months.

Exercise is healthy for you and your baby but many women avoid training their abdominal muscles during pregnancy because they fear they could hurt themselves or their babies while others don’t even realize they should be doing it, said Leah Keller, a pre- and post-natal fitness expert in San Francisco, California and creator of The Dia Method.

The core muscles can help to prevent falls and injuries that are more common during pregnancy and make delivery shorter and easier. Training the core during pregnancy can also help prevent damage from diastasis recti— the separation of the rectus abdominis muscles that affect approximately sixty percent of first-time— singleton pregnancies.

To make sure you train safely, ask your physician to recommend a program or a trainer who has experience with prenatal fitness and diastasis recti.

7. Overdosing on vitamins and supplements

You already know you need to take your prenatal vitamins, but if you’re loading up on extra vitamins and over-the-counter herbal supplements, there’s no evidence it can help and it could actually be harmful to your baby, Lang said.

A better way is to get your nutrition through food. A whole-foods, primarily plant-based diet, will likely give you the right amount of nutrients you need.

“It’s the way our body was meant to assimilate vitamins, minerals and phytonutrients in combination with this very complex blend that tends to be absorbed more optimally by the body,” Lang said.

If morning sickness or food aversions get in the way and you think you need a supplement, check with your doctor first to make sure what you’re taking is safe.